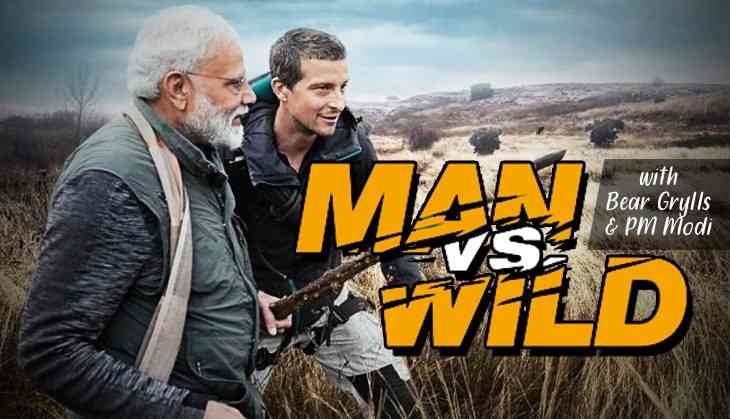 Yes, you heard it right! Our honourable Prime Minister Narendra Modi will be featured on ‘Man Vs Wild‘ for the noble cause in favour of wildlife on August 12, 2019, and we are impressed! “Man Vs Wild” is a prevalent Tv show kept running by the Survivalist Bear Grylls who utilizes his one of a kind survival techniques to the hardest areas around the world.

Where It Is Happening | The shoot of the Bear Grylls episode is performed in the wild forests of Corbett and will soon be telecast on 12 August, 9 PM. The adventure lover Bear Grylls launched a promotional video over his Twitter account on behalf of Discovery Channel in which he is stating – ‘people across 180 countries will get to view the unknown side of PM Narendra Modi as he embarks on a wilderness of the Corbett Forests.’ The whole episode would let the world see the never before avatar of Narendra Modi.

All the networks of Discovery Channel will be featuring the freewheeling journey of PM Narendra Modi on 12 August at 9 PM. Here is a screenshot of the tweet in which our Honourable Prime Minister Narendra Modi is urging the people and wildlife enthusiasts to raise thoughts about environmental conservation and thanking Bear Grylls for coming up to India.

In a short video off 45 seconds, you can see that PM Modi is seen welcoming Bear Grylls on his India visit. Some parts of the video showcasing PM Narendra Modi holding up a Bamboo weapon and other few surviving materials for the Bear Grylls narrating, “I will keep all those vital materials and things that would let you survive in the wilderness of Corbett.

To this, the reply of Grylls was filled with utter care towards the honourable PM, “It’s my job to keep you alive and safe throughout the adventure since you are the most important man in India.”

What Is The Purpose Of This Whole Episode?

After the promotional video by Bear Grylls featuring Modi as his partner in the wilderness of Corbett, a few negative appreciations over Twitter has taken a dig, and #Modi haters are in a tizzy. While the actual idea of featuring Mr Narendra Modi came into consideration to raise the awareness of animal conservation and environmental change.

What Prime Minister Narendra Modi Have To Say On His Adventure With Grylls?

In accordance with PM Modi, a statement is recorded which displays something like this… “When I was asked to join on a Noble cause beyond politics that too in the lap of our incredible country – India, I couldn’t resist myself to take part in it with the real survivalist Bear Grylls.

It is because this episode of Man Vs Wild is going to be the most-watched episode of the Discovery Channel till date. It is the first time when you will be seeing our honourable PM asking and spreading awareness amongst the people for the conservation and protection of our planet.

Channels Where Man Vs Wild Will Be Premiered

Here are the channels where you can watch out the Bear Grylls and PM Modi in action:

Why You Will Love Viewing Man Vs Wild With PM Modi?

Glad you asked this. Well, the episode is already shot in the Jim Corbett Forest in India and will go live on 12 August, 9 PM. In the whole episode, PM Modi will be seen throwing the light on the wildlife conservation, along with highlighting concerns regarding environmental variations.

Moreover, you would see our leader showcasing to the world about India’s rich environmental heritage. From spending time in the jungle to cross a jungle river on the raft, this episode will be sure to act as a magnet to the wildlife lovers as well as all the Indians. What do you think so?

Share your views by commenting down below and tell us are you super excited to watch India’s Wildlife Shine with PM Modi and Bear Grylls? We would like to hear whether our Prime Minister persuaded you or not for joining and learning more about nature? 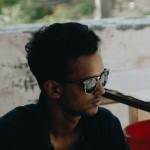