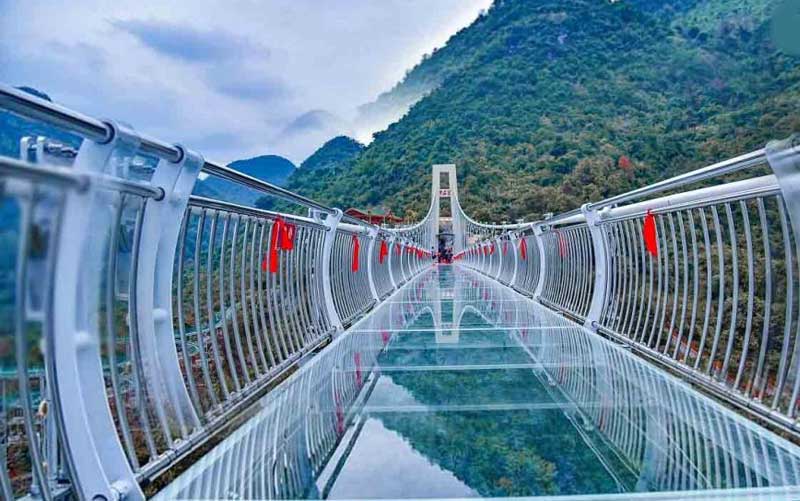 Bihar was one of the backward areas in India but with the passage of time, it has been developed a lot and with the going of 2020, the Government has decided to make the glass bridge in Bihar. It will be made at Rajgir in Bihar amidst the five hills is almost ready and tourists’ can also flock here by the coming of next year. This will make the tourism of Bihar increase as people will come from the different parts of the world to see the beauty of the glass bridge.

The glass bridge built –in line with China’s Hangzhou will be around 85 feet in length and about 6 feet in the width and can accommodate 40 tourists’ at once. Nitish Kumar who is the current Chief Minister of Bihar recently visited the place for inspection.