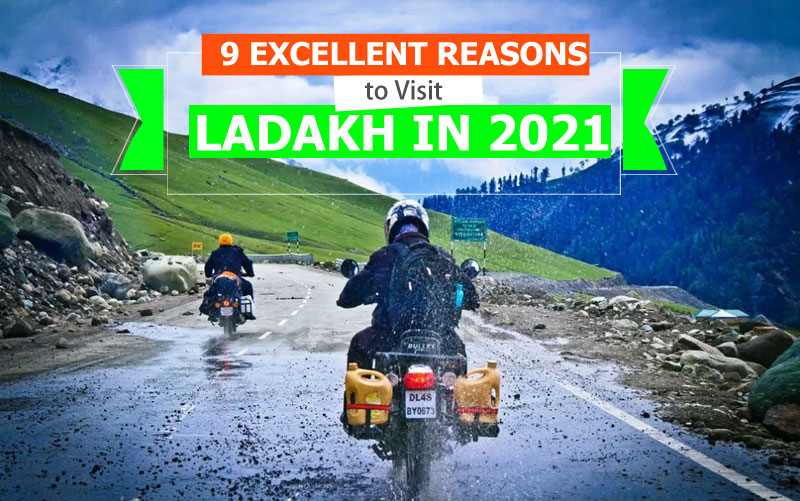 Everyone has got their travel bucket list, and Ladakh might be on top of some of those lists. This is one of the most popular destinations in India, situated in the north region. But since it is located at a high altitude and is always colder, most people plan to visit it only during the summer. The beautiful scenery, frozen river, and snow-laden landscapes of Ladakh have always attracted tourists every year, especially in winters. Many of you might be afraid of it as Ladakh is well known for harsh winters. Some of you might have already visited this beautiful destination while some must still consider reasons to travel here. You must be thinking about why to visit Leh Ladakh in winters. We have compiled a few things for which you should definitely plan your trip to Ladakh.

This is the first thing that comes in our mind when we plan any trip. Travelling to Ladakh in winters could save you a lot of money. Summer is the peak season for travelling in Ladakh and hence you would always like higher prices for flights, trains, hotel accommodation, and other things. But if you plan your trip in winters, the scenario is completely opposite. Accommodations and travelling are a lot cheaper. Hence this could be one of the best reasons to travel to Ladakh in winters. Winters are the best for travelling to Ladakh. Apart from travel and accommodation, you can also shop at cheap prices during winters since it is an offseason and there is a less crowd of tourists. You can certainly plan your trip to Leh local market.

A Chance to Walk on the Frozen River

Walking on a frozen river could be a different experience altogether, and you can only get it during winters. You must be aware that Ladakh is blessed with some beautiful rivers, such as the Tso Moriri lake and the Zanskar river. If you love to trek and do not wish to miss the fun in winters, you can certainly go for a chadar trek to walk on the Zanskar river and capture the beautiful scenery of snow-laden mountains. The best time to visit Leh Ladakh in winters is between November to February. If you want to embark on Chadar Trek in Ladakh, the best time is from January-February.

Get a sight of Snow Leopard

Imagine you get a sight of a snow leopard? Wouldn’t be a terrific experience. It would be a moment worth capturing in your lenses since snow leopards are rare, and you can get this chance only if you travel to Ladakh during winters. These snow leopards can be seen at Hemis National Park between the period December to March. You can always get a guide with you as you would need the necessary permit to enter this area. This could be one of the best reasons to visit Ladakh during winters.

The best places to stay during the winters at Ladakh are homestays since most resorts and hotels are closed due to heavy snowfall. Another reason to stay at homestays is you will get to explore the real Ladakhi culture. You can experience their hospitality and warmth to the fullest. There are few festivals which locals celebrate during winters, such as Dosmoche, Ladakhi Losar, Thiksay Gustor, Spituk Gustor, and Stok monastery festival. You can participate in these festivals and get closer to their culture as well as rituals. Above all, you can also binge on their homemade Ladakhi cuisines such as Momos, Sky, and Thiukpa.

As we discussed above, most tourists prefer going to Ladakh in the peak season, summer. The best time to visit Leh Ladakh in the summers is between April to June since you will get the best view of some of the exotic locations such as Pangong Lake and Khardung La. During winters, due to harsh weather, the number of people who visit Leh Ladakh is less, and hence you will get less crowd during your sightseeing. Hence make sure you plan your trip.

Beauty at its best

Leh Ladakh is one of the amazing places in India, and Bollywood has made it more famous. Another reason to visit Leh Ladakh during winters is to explore the rare wildlife sightings. Winter is the season where you will see most Himalayan wildlife species such as magpies, blue sheep, wild hares, and mountain wolves. You can get the flora fauna map for reference.

We all understood how Leh Ladakh looks in winters. Looking at this, wouldn’t you like to capture this beauty in your camera? Leh Ladakh is a heaven for photographers, especially in winters. You will get a chance to capture many things such as blue skies, wild trees, snow sheets, frozen waterfall, and more. Apart from this, you can also witness their local festivals and capture those exclusive moments on your camera. Since you will be travelling to this location during winters, the temperature could go below -20 degrees Celsius, and hence your camera batteries can drain off very quickly. Hence make sure you carry a spare set of batteries along with you along with a 10000mAh power bank.

Get the best view of monasteries

Leh Ladakh is famous for the best monasteries globally, and the winter season is the best time to experience its real beauty. These monasteries are open for tourists in Ladakh during winters also. You will get to explore a lot of Buddhism along with an eye-pleasant view of snow-capped mountains. You would also get a chance to see the beautiful glaciers from these monasteries.

What are your own favorite reasons to visit Ladakh? Share with us in the comments. Reserve your space today at the Honeymoon Bug website and enjoy exclusive offers on Leh Ladakh tour package.