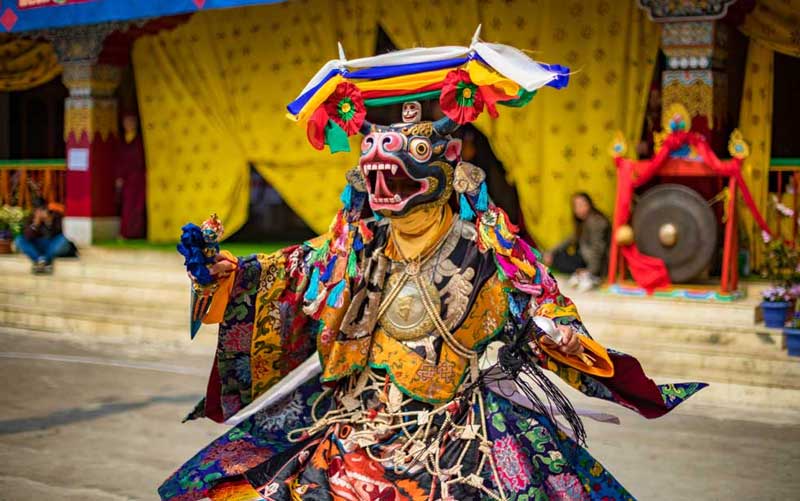 Darjeeling is also well-known as the ‘Queen of The Hills’ which is also popular for its diverse culture. Festivals in Darjeeling is celebrated all around the year by different communities and each one of them has different festivals celebrated by them. New Year is also one of them and is usually celebrated at the time of January/February with full swing and enthusiasm. Other festivals are also like Maghe Sankranti, Buddha Jayanti, and Durga Pooja among others.

Top Darjeeling Festivals that You Must Attend In 2021

There are several festivals that you might witness and if you are planning to head there, you must witness these festivals to know the rich culture of the destination.

Festivals in Winters (December to February)

There are a lot of festivals in Darjeeling that falls in the months between December to February and if you are going at this point of time then you must watch these festivals.

If you are visiting in January then you can see Maghe Sankranti in Darjeeling. At this festival, the people take a dip in holy water or streams. The festival marks the beginning of the month Magh for all the Nepal people and welcomes the spring season by celebrating the festival.

At this festival, the people make Til ke Ladoo and Chaku which are quiet famous in the local families. They also enjoy the festival eating the authentic cuisines and Khichadi.

Second Festival in Darjeeling is Losar that you can witness at the time of starting of the New Year. This festival lasts for around 15 days. In The starting days of the festival, some members of the family go and take a bucket of water from a stream. After offering prayers to the God and the Goddess, the member of the family prays for the harmony and peace for everyone.

At this festival, the members serve the authentic dishes to the guests as they are always welcome at each other’s home. On the last day of the festival, a large gathering takes place called Cho Nao Chopa.

You might get an idea from its name Teesta Tea, yes, this festival falls in between the month of November and December. You will get to taste the world’s best teas in this place. There are also a lot of fairs organized by the government where you can taste the different types of authentic tea. Tea festival hosts every year and you can witness the serenity and heritage of the Tea Industry.

Also Read – Best Places to Visit in Darjeeling in December

Festivals in Spring (March to April)

Holi is said to be one of the best festivals in Darjeeling and it holds a lot of importance in the lives of the local people. The festival usually comes in the month of March and people smear each other’s face with colors and also play with water balloons.

Ram Navmi is basically the birth of the Lord Rama and the people of Darjeeling enjoy the festival by getting out on the streets with the chariots of the God. The month of March is also seen Chotrul Duchen is also celebrated by the local people and the offerings are made to the Gods and Goddess.

Must Read This – 10 Luxurious Resorts in Darjeeling

Festivals in Summers (May to June)

Another Festival in Darjeeling that you can witness if you are here in the month of May would be Buddha Jayanti. It is also considered as one of the important festivals in the region where the monks start preparing for the same in the monasteries in the Darjeeling. The festival marks the birthday of Lord Buddha.

Saga Dawa is also celebrated by the monks of Darjeeling in the month of May. This festival is also considered bit same as Buddha Jayanti. This festival features all the three aspects of the Lord Buddha – His life, His Birth and His Salvation.

The main motive of the Kalimpong Half Marathon is to inspire the youth of the local to take participates in the race. The marathon is conducted every 1st of May in the region and this is organized so that the youth can show their caliber.

Read This – 10 Best Places to visit in Darjeeling for Couples

Festivals in Autumn (October to November)

Among all the festivals, the local people of Darjeeling also celebrate Dussehra and the festival symbolizes destruction over the evil things. On the auspicious occasion, the people offer meat to Goddess Durga. The elders also put a grass kind of thing called as ‘Jamara’ behind the ears of the young members.

Also known as the ‘Festival of Lights’ Diwali is also considered as one of the important festivals in Darjeeling. Diwali in Darjeeling is also known as Tihar and each animal is honored with garland and tika. On the day of Diwali, the people worship Goddess of wealth, Laxmi and just a day before the festival, the group of girls roams in the town in new clothes singing song and to give blessings.

The famous Darjeeling Carnival is celebrated in the month of November. The main feature of 10-day carnival includes is rock and band music in English and Nepali and also as per the local language. During these days, the people explore lot of activities like photo exhibitions, poetry reading, painting, and others. You will also get to taste the authentic food of Darjeeling.

So, these were some of the well-known Festivals in Darjeeling that you can witness throughout the year. If you think that you are going in anytime of the year then for sure witness these festivals and know more about their culture.