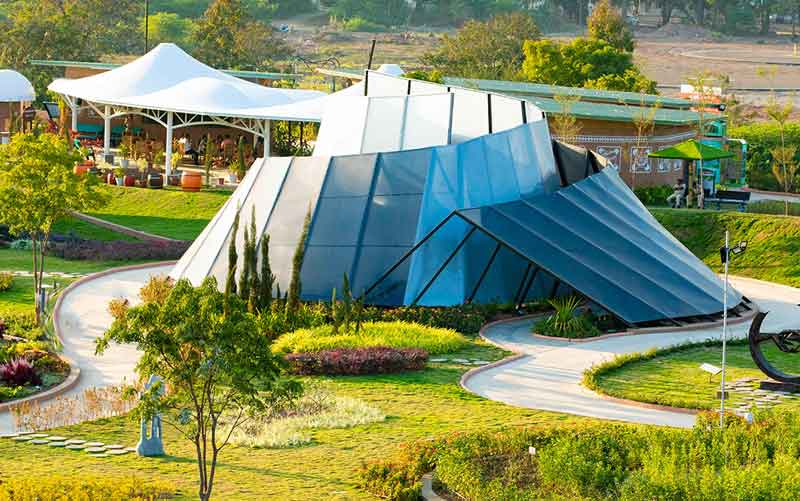 Kevadiya, Gujarat: On October 30th, 2020, the PM Narendra Modi inaugurated ‘Arogya van’, a garden having various medicinal plants and herbs in the Kevadiya village of Gujarat.  The van has been spanning in around 17 acres of the total land and displaying medicinal plants in a huge amount. All these plants play a vital role in the physical health of human beings. The Arogya Van is one of the 17th projects that has been inaugurated by Modi near the Statue of Unity, a monument dedicating to Sardar Patel which is also the famous tourist spots.

The health forest also lay stress on the importance of yoga, Ayurveda and meditation in the life of the people. Around five lakh plants of 380 selected species have been grown in the large garden, the release said.

The van comprises of a lotus pond, alba garden, aroma garden, yoga and meditation garden, indoor plants section and much more. Modi also visited the digital information centre and the indoor plant garden created inside the van. He also managed to have a conversation with the guides that were present for the benefit of tourists.

It is said that later, he will also inaugurate Ekta Mall Children Nutrition Park and it has been developed in around 35,000 square meters. The main motive behind building this is to make the children understand the importance of nutrition. The park consists of around 47 attracting infotainments for children under the theme of ‘Sahi Poshan Desh Roshan‘.

Post that he will also inaugurate Jungle Safari and Geodesic Dome Aviary and put the foundation stone of a series of development at Kevadia. These are draped in about 375 acres of land and seven levels. The former houses several animals and birds which is more than 100 species.